Importance of Position of Imamate in Quran

The Holy Prophet (s.a.w.a.) propagated Islam in the best way. He (s.a.w.a.) always wished his nation to be on guidance. He (s.a.w.a.) was worried about it all the time. He (s.a.w.a.) guided the Muslim nation time to time on various occasions and places. Especially during the last year of his life he delivered many sermons about this (guidance) on various occasions. During his last moments when his sickness got severe he asked for a pen and paper from his companions so that he may prepare a write-up for their guidance which will help them to be saved from ignorance. Alas! he (s.a.w.a.) could not complete this task and as a result immediately after his (s.a.w.a.) death the Muslim nation fell in the pit of ignorance. Consequently in today’s era every Muslim sect considers themselves to be on the right path and all others on the path of ignorance. These differences amongst (Muslim sects) is not just from jurisprudence point of view rather they have differences in their basic principles and also in basic beliefs. Amongst all these controversial issues the most importance issue is regarding Imamate (Leadership).

Most of the Muslim sects considers Imamate to be worldly affair however in front of Shiites this is the most important principle amongst other principles of religion. For the people of Ahle Sunnah, Imamate is a worldly position and as a result for them the person who is ruling the nation is considered as an Imam. However according to Shiites, Imamate is a divine position which means only Allah can appoint an Imam.

Proof of above (Appointment by Allah) is present in Holy Quran.

The meaning of Imam can be head, guardian and leader. This word (Imam) can be seen in lots of verses of Quran. For the same word (Imam) there is one more important meaning used in Quran i.e. Ulul Amr (Vested with authority). Every society requires a leader or a guardian. He is the person who has all the affairs of era in his hand. Through is guidance and leadership all the differences in society are removed along with all the mischiefs and controversies. The Holy Quran has also pointed out on this issue and made it compulsory for the believers to obey Ulul Amr (One who is vested with authority).

“And We made them leaders, guiding (mankind) by Our Command, and We inspired in them the doing of good deeds and establishing prayers, and the giving of zakat and of Us (Alone)theywereworshippers.”

In the above verse and in other verses like it word “We have made” is used. This means that the selection of Imams is done by Allah. Just as Allah choses prophets and messengers for the propagation of religion, appointing an Imam can only be done by Allah. Muslim nation has no say in it matter. Muslim nation is not even capable of choosing an Imam for themselves. Shaikh Tabarsi (r.a.) narrates a tradition in his book Al-Ihtejaaj stating that once Sa’ad b. Abdullah visited Imam Hasan al-Askari (a.s.) with some questions. There he saw that there was a small child sitting on the lap of Imam (a.s.). When Sa’ad started to present his questions, Imam (a.s.) pointed out towards the small child and said, “Ask your question to the Master of your affairs”. Amongst the questions, there was a question regarding why Muslim nation cannot appoint an Imam for themselves? Imam (a.s.) asked him to elaborate more on this question. “Which Imam you are talking about? The Imam who is just and corrects the affairs of people or the Imam who is corrupt and spreads mischief amongst the people”? Sa’ad replied, “The one who is Just Imam and corrects the affairs of people”.

Imam (a.s.) replied: “Is it possible that people select someone considering him to be just and pious while his heart is filled with mischief? And people are not aware of it also”? Sa’ad replied, `Yes! It is possible’. Imam (a.s.) said, “This is the reason why nation is not capable of appointing an Imam for themselves. I will explain it to you further with one example so that you understand it clearly. Allah sent down his Messengers for the guidance of people. He granted knowledge and wisdom to them. He granted them infallibility and raised them to lofty status, revealed books on them so that they can guide people. Amongst them there are Hazrat Musa (a.s.) and Hazrat Isa (a.s.). Is it possible that they in spite of their complete knowledge and wisdom err while selecting people and consider hypocrites as believers”? Sa’ad replied, ‘No! This is not possible’ Imam (a.s.) then said, “The One who talks with Allah i.e. Hazrat Musa (a.s.) chose 70 people from his nation for the meeting with Allah considering them to be higher in their beliefs and doing good deeds. All of them were not like that in fact they came out as hypocrite.

“And Moosa chose out of his people seventy (of the best) men for Our appointed time and place of meeting, and when they were seized with violent earthquake, he said, “O my Lord, if it had been Your Will, You could have destroyed them and me before; would You destroy us for the deeds of the foolish ones among us? It is only Your Trial by which You lead astray whom You will, and keep guided whom You will. You are our Walee (Protector), so forgive us and have Mercy on us, for You are the Best of those who forgive.”

When Allah’s chosen Prophet (a.s.) committed an error while selecting the people by looking at their apparent and considering them to be good doing people and trustworthy while they were worst and mischief mongers, then how can we trust on the selection of common people when they even don’t know what is inside the heart of the other person. Therefore, the appointment of an Imam can be done by the One who is totally aware of the apparent as well as hidden of people. The knowledge of this is only with Allah. When a prophet (a.s.) cannot select the best people from his nation, then how can Ansaar (helpers) and Muhaajireen (Immigrants) appoint an Imam for themselves.”?

Holy Quran has narrated the story of Hazrat Ibrahim (a.s.) getting appointed as Imam.

“And (remember) when the Lord of Ibrahim (i.e. Allah) tried him with (certain) commands, which he fulfilled. He (Allah) said (to him), “Verily, I am going to make you a leader (Imam) for mankind.” Ibrahim said, “And of my offspring”? Allah said, “My Covenant (Imamate) will not reach the evil-doers.”

Two things became apparent after the conversation of Allah and His friend (Khaleel): This position of Imamate cannot be transferred by even Prophet (s.a.w.a.) in his offspring without the permission of Allah. This position can only be granted by Allah. Secondly for this position (Imamate) being infallible is necessary. A sinner cannot get this position. Therefore it is necessary for and Imam to be Infallible.

On this subject of Imamate while referring to Quranic verses this also becomes clear that Imams are the guides for people. For e.g. this words, “they guide people on our command”. This is the actual aim of Prophethood. People are not aware of how to worship Allah or what is the correct way to worship Allah. Mankind cannot understand these things based on its own intellect and understanding. This is the reason Allah raised prophets amongst them who deliver divine laws in the form of religion for them. Allah delivers guidance on His Prophet (s.a.w.a.) through revelation and Prophet (s.a.w.a.) teaches his nation about the same.

Since Imamate is replacement and necessity of Prophethood hence to complete this affairs is the responsibility of Imam. In the same way the worship of whole Muslim nation is dependent upon the guidance of Imam (a.s.). If the Imam is not right then the worship of whole nation will become useless. When Hazrat Musa (a.s.) went to the Mountain of Toor, he appointed his brother and successor Hazrat Haroon (a.s.) as the leader of his nation and his vicegerent, so that in his absence his nation does not get deviated. But his nation chose the Samri as Imam for themselves and started obeying his instructions. As a result whole nation was deviated. The same thing happened with all the other nations as well. Any nation who did not follow or disobeyed the Imam appointed by Allah was deviated. Obeying these Imams (not divinely appointed) made them the fuel of Hell. Hence, it is necessary for Muslims for their success that they should follow the Imamate of only those Imams who are appointed either by Allah or Holy Prophet (s.a.w.a.).

February 25, 2020
Reading Time: More
Next Post The Verse of Tatheer and the contradictory views of the Ahle Sunnah scholars ( Part I) – The first Group

Mastership of Ameerul Momineen(a.s.) in the light of Quranic verse about the Sadiqeen – Part I 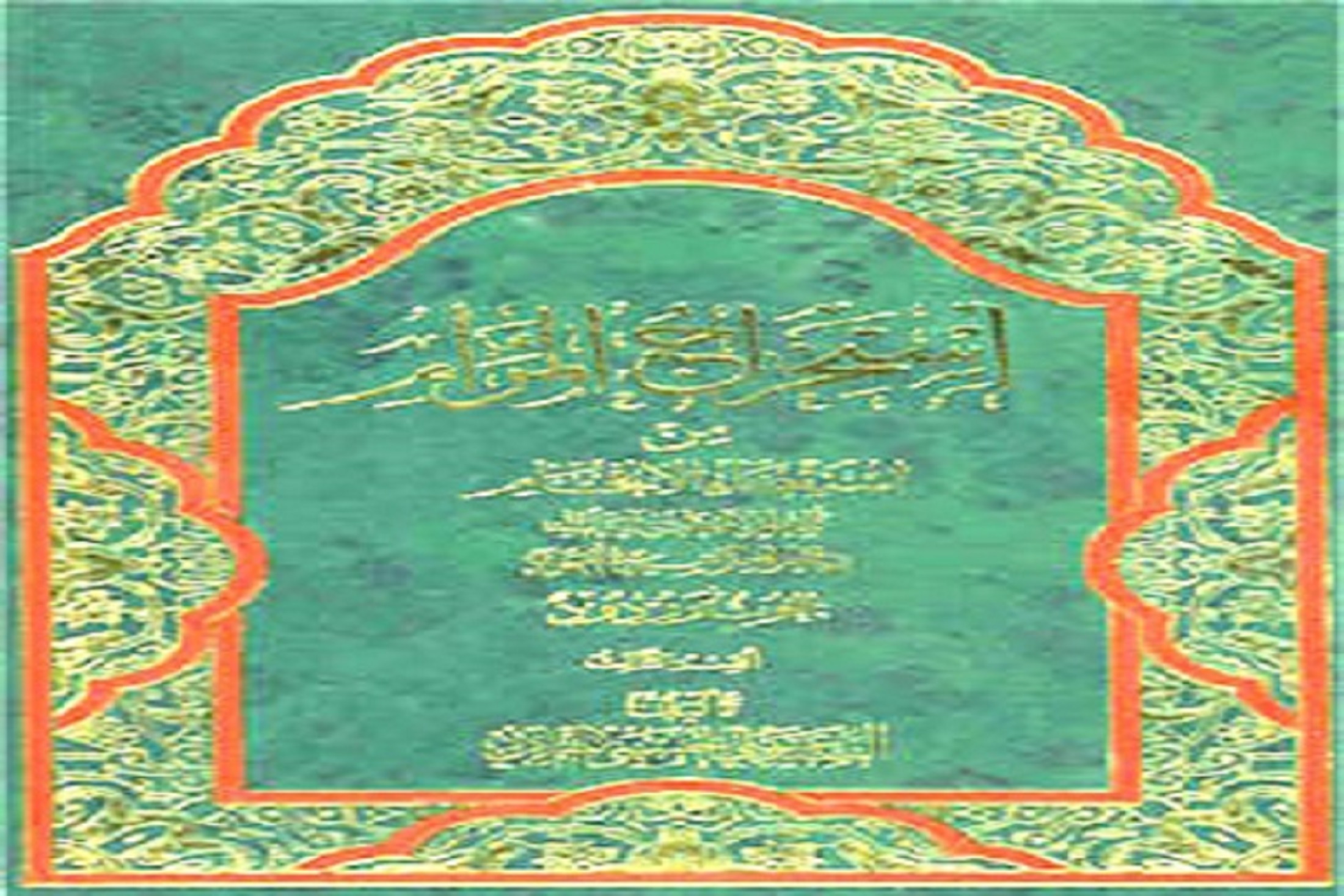