Continued from part I

Imam Ali’s (a.s.) unparalleled knowledge and worship are adequate proof that Imamat and Caliphate were his by right. Apart from this, there are several traditions in the books of the Ahle Sunnah that categorically state this fact. Among these, the most noteworthy are Hadis-e-Saqalain, Hadis-e-Manzelat, Hadis-e-Yaumud Daar (Zul Asheerah) and Hadis-e-Ghadeer, which are transmitted successively (Mutawatir). Several books have established Imam Ali’s (a.s.) Imamat based on such traditions. In addition to these traditions, there are several other traditions that unambiguously establish Imam Ali’s (a.s.) Imamat. Some of them have been mentioned below:

The Holy Prophet (s.a.w.a.) ordered Imam Ali (a.s.): “Wear the ring in the right hand so that you are included among the proximate ones.” Imam Ali (a.s.): “O Prophet of Allah! Which ring should I wear?” Holy    Prophet   (s.a.w.a.):   “Red agate (Aqeeq), which is the mountain that confessed to Allah’s Oneness, my Prophethood, and your Mastership.”

Even the mountains are aware of the fact that Mastership belongs to Imam Ali (a.s.) and nobody else. Ibne Buraidah narrates that the Holy Prophet (s.a.w.a.) said: “Every Prophet has a successor and heir and Ali is my successor and heir.”

In the tradition narrated earlier with regards to Imam Ali’s (a.s.)worship, Allah says:

“(O My Angels) I hold you as witness that he (Imam Ali (a.s.)) is the Imam of My Creation and the Guardian of My Creatures.”

Amr b. Maimoon narrates from Ibne Abbas that the Holy Prophet (s.a.w.a.) informed Imam Ali(a.s.): “You are the guardian of all believers after me.”

On another occasion he asserted: “Ali is with the Quran and the Quran is with Ali. The two shall never separate.”

At times he (s.a.w.a.) established Imam Ali  (a.s.) as the standard and the axle of truth: “Ali is with the truth and the truth is with Ali. The two shall not separate until they meet me at the Pool (Howz) on the Day of Resurrection.”

In another tradition he forecasts: “Soon there shall arise sedition and when that happens hold on to Ali ibn Abi Talib, for surely he is the distinguisher between the truth and falsehood.”

Many scholars of the Ahle Sunnah and their exegetes (interpreters of Quran) have adjudged several Quranic verses as being associated with Imam Ali (a.s.). They have advanced these verses in support of many traditions of the Holy Prophet (s.a.w.a.). Some of these renowned scholars include – Ibne Hajar-e-Makki, Khateeb Baghdadi, Ganji Shafei, Ibne Asakir, Shaikh Sulaiman Qundoozi Hanafi. Ibne Abbas declared: “Three hundred verses have been declared regarding Ali (a.s.).” Ibne Abbas narrated the following tradition from the Holy Prophet (s.a.w.a.):

“All verses of the Quran that proclaim yaa ayyohal lazeena aamanu, ‘O you who believe’ have Ali (a.s.) as their foundation and exemplar.”

In other words, whenever the believers have been addressed (‘O you who believe’), Imam Ali (a.s.) is the foremost addressee.

Imam Ali (a.s.) is the leader and guide of the people, the beloved of the Prophet (s.a.w.a.) , the possessor of divine knowledge, the foremost in the worship and obedience of Allah, the perfect distinguisher between truth and falsehood, a peer of the Quran and an exemplar for the friends of Allah. In the post-Prophet era, it is the responsibility of the people to submit only to him (to the exclusion of all others) and observe his proclamations and announcements. Obeying him is not optional; rather it is a compulsory obligation on all people in general and on the Muslims in particular. The traditions that the Holy Prophet (s.a.w.a.) has narrated in this regard are extraordinary. We have narrated a few over here.

Janab Salman (r.a.) narrates this tradition on the authority of Janab Fatima Zahra (s.a.): “It is obligatory upon you to obey Ali ibn Abi Talib for surely he is your Master. So love him. He is your superior, so adhere to him. He is the scholar amongst you, so consider him noble. He is your leader towards Paradise, so respect him. When he invites you, accept his invitation. When he commands you, obey him. Love him like you love me. Consider him noble like you consider me noble. Whatever I have told you concerning Ali is what My Lord has ordered me, magnified is His Honour.”

This tradition is too manifest to require an explanation. The Holy Prophet (s.a.w.a.) in no uncertain terms has asserted that whatever he has conveyed regarding Imam Ali (a.s.) is not his personal recommendation; rather it was a divine recommendation. If the Muslims had paid heed to just this one tradition of the Holy Prophet (s.a.w.a.), they would have been secure from the present state of affairs that is rife with sedition, deviation and confusion.

The Holy Prophet (s.a.w.a.) informed his reliable companion – Ammar-e-Yaasir (r.a.):“O Ammar, if you see Ali treading on one path and the people treading on another path, then follow Ali and abandon the people because Ali will never misguide you as he is always on the right path.”

Unfortunately, the Muslims ignored the Holy Prophet’s (s.a.w.a.) recommendation. They abandoned Imam Ali (a.s.) and instead followed others and in this way became a source of degradation for Islam. However, every era witnessed Muslims, albeit few in number, who adhered to the Holy Prophet’s (s.a.w.a.) recommendation and submitted to Imam Ali (a.s.)and his infallible children (a.s.).

Love is an important factor to evoke obedience and submission. In fact, unyielding adherence is not possible without love. Love makes easy the rigours of obedience and adherence. Imam Ali (a.s.) is an individual who has carved a niche for himself in the heart of every believer and in fact is the most beloved person in their eyes. Traditions abound with the merits of loving Imam Ali (a.s.) so much that many books running into several volumes would be needed to enumerate all these traditions. We take this opportunity to list a few of them:

The Holy Prophet (s.a.w.a.) stated: “The theme of the believer’s Book of Deeds is his love for Ali. The one who wants to lead a life like mine and wants to die like me and wants to reside in that Paradise whose trees have been planted by My Lord then he should love Ali and his lovers. After me (and Ali) obey his children who are the Imams. They are from my progeny. They are my sons and have been created from my clay. Allah has granted them sustenance and knowledge. Hell is the abode of the one who denies their greatness and excellence. I have no affiliation with such people, and on the Day of Judgment Allah will deprive them of my intercession.”

Janab Jabir ibn Abdullah Ansari (r.a.) narrated from the Holy Prophet (s.a.w.a.): “Once Jibraeel brought me a green paper with white text on it:‘I have made the love of Ali ibn Abi Talib an obligation to all My Creatures, so convey this to everyone from Me.’”

Abu Barza relates: We were seated with the Holy Prophet (s.a.w.a.) when he informed us: “On the Day of Judgment, no one will be able to proceed even a step until he replies to four questions – a) How he spent his life. b) How he used his body. c) How he earned his wealth and how he expended it. c) Whether he loved us, the Ahle Bayt.” At that stage Umar asked: “How can a person love you after you have gone? In response, the Holy Prophet (s.a.w.a.) placed his hand on Imam Ali’s (a.s.) head and drawing him closer to himself declared: “Surely to love Ali is to love me after I have gone.”

Manaqib relates this tradition with its own chain of narrators that the Holy Prophet (s.a.w.a.) warned:“O Ali, if a person worships Allah for as long as Nuh remained in his nation (i.e. 950 years) and spends gold equal to the mountain of Uhud in the way of Allah and his life is extended so much that he performs a thousand Hajj by foot and is killed unjustly between Safa and Marwa but does not have your love and authority in his heart, then even the fragrance of Paradise will elude him. He will never enter Paradise.”

February 25, 2020
Reading Time: More
Prev Post Ali: The Pinnacle of Virtues Part I
Next Post Why Ghadeer must be remembered 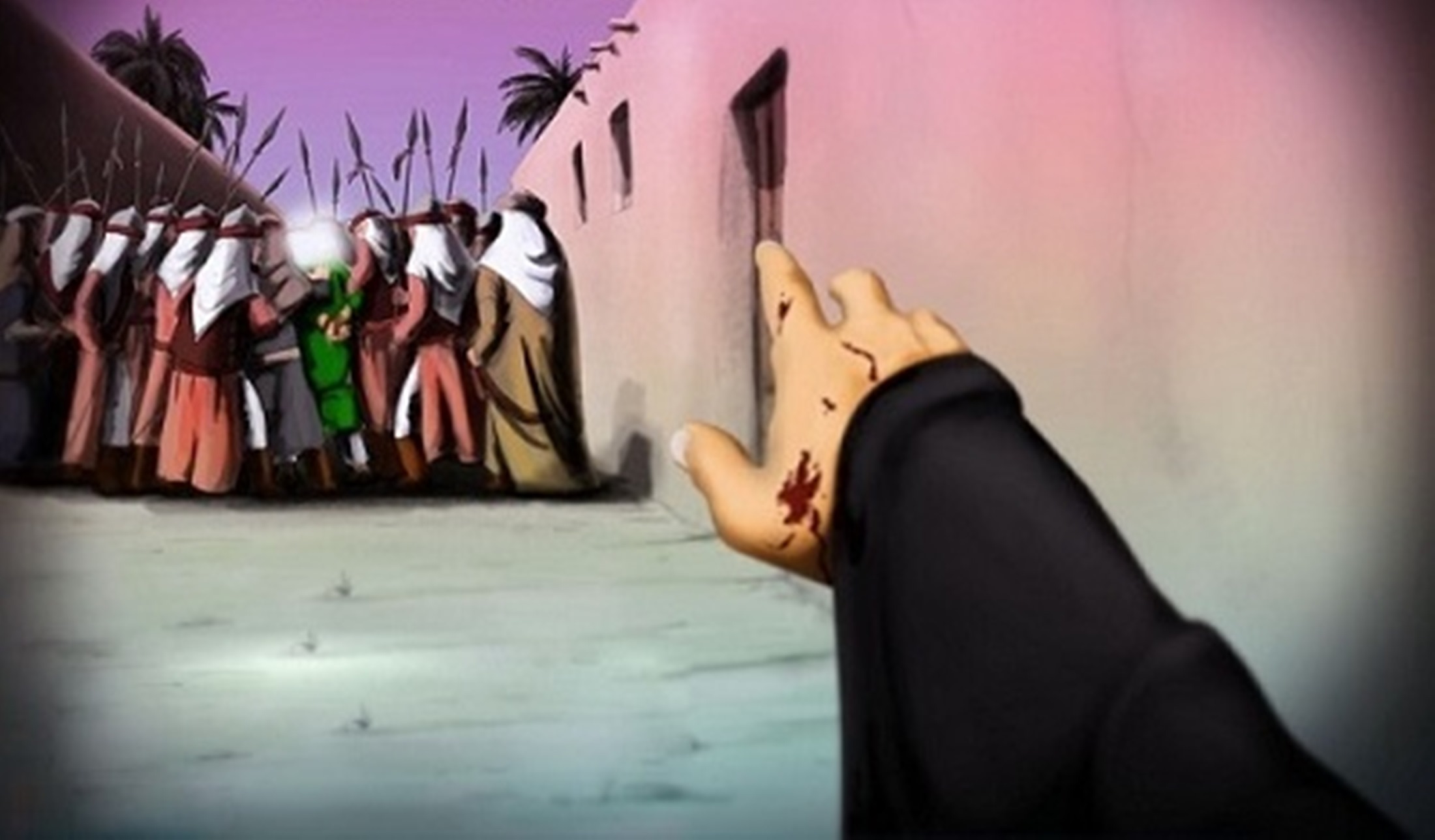 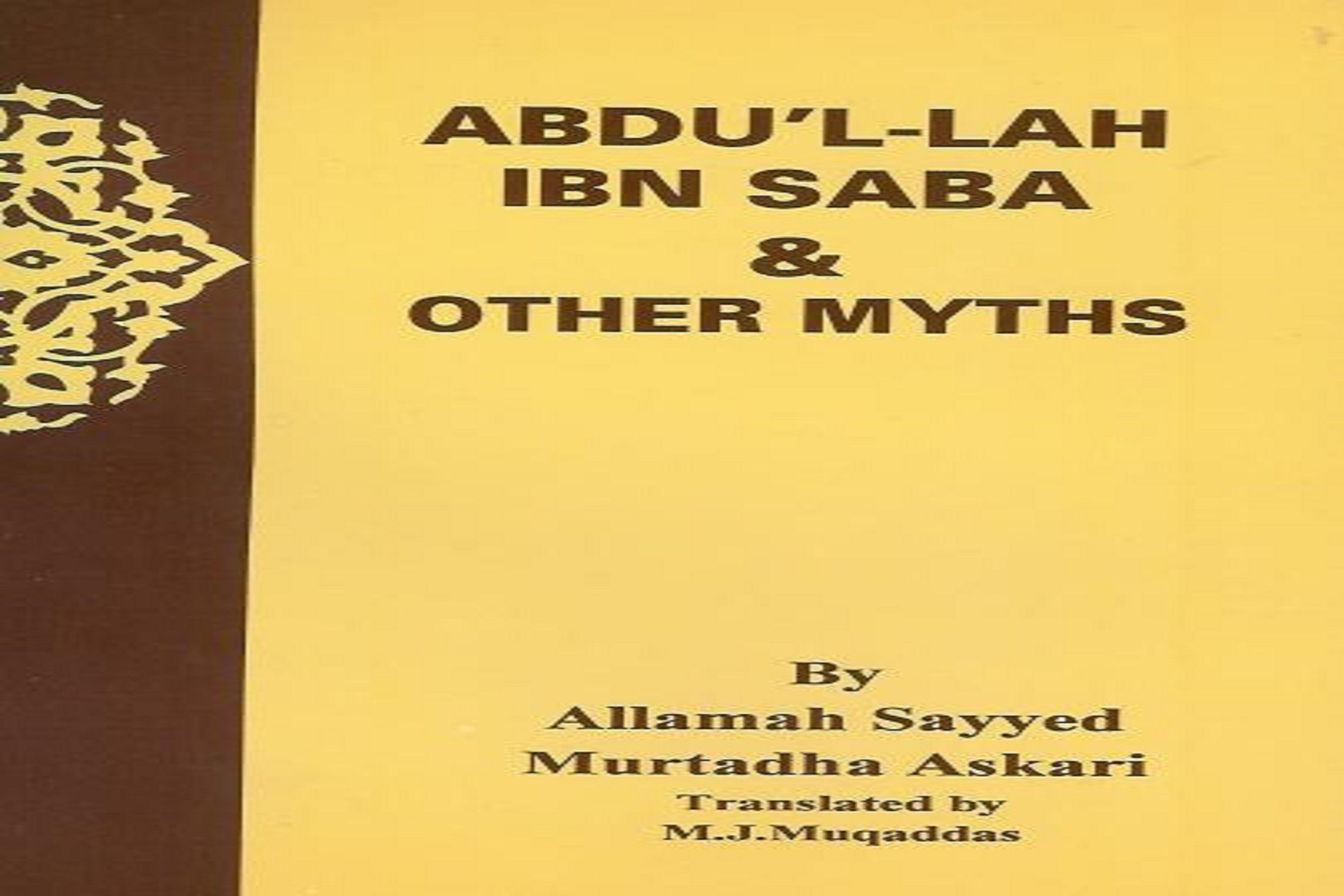